Holding in the Heat: A Closer Look at Our Winter Farming Practices

December 21, 2022 • Christine Savage, Communications Manager
Winter is officially here and although the pace on the farm has eased, our harvests don’t take a holiday this time of year. We’ve continued to distribute crops like arugula, bok choy, carrots, mustard greens, and spinach this month, and will continue to do so throughout the season. Winter farming is critical to our efforts […]

March 3, 2022 • Christine Savage, Communications Manager
This winter has proved to be an especially harsh one for people experiencing food insecurity.  Supply chain woes and labor shortages left the shelves at some grocery stores sparsely stocked. Food prices are the highest they’ve been in years, making it more difficult for folks to afford the food they need. As a result, more […]

Sugaring Season Brings Abundance and Community Back to the Farm

• Christine Savage, Communications Manager
A common refrain on the farm these past weeks has been how quickly the winter is passing.  The cold season in New England can seem to stagger on without end. But with bustling harvests taking place on the farm through November—and continuing at a reduced pace all winter long—even the grizzliest weeks of snow and […]

December 19, 2021 • Anna Kelchlin, Farm Manager
As we approach the winter solstice, time and space feel more expansive in a vegetable grower’s life. With the leaves now resting on the earth there is a sense of physical and mental vastness. I can see more clearly through the woods, the hardy juncos and bluebirds who overwinter suddenly appear on naked branches, and […]

Connecting the Past and Future of Food Through Seed Saving

• Christine Savage, Communications Manager
In mid-November, Farmer Erin Espinosa visited the Children’s Meetinghouse preschool in Concord to teach the students there about seed saving—the practice of collecting seeds from open-pollinated food crops and using them to grow future harvests of those plants. Her visit was a reminder of the importance of learning about the life cycles of plants, food […]

A Gift from the Sugar Maples

May 3, 2021 • Christine Savage, Communications Manager
Last year, because of the pandemic, our Maple Sugaring Open House in early March was the only public event we were able to hold at Gaining Ground for the entire season. This year, we had to cancel the big celebration entirely.  Even when so much changes, though, we take heart that many things remain the […] 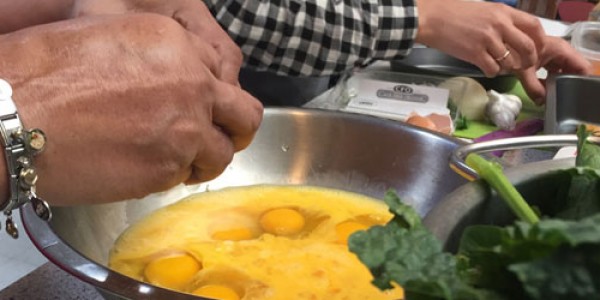 March 31, 2017
For the first time ever, we grew and harvested fresh produce throughout the winter, thanks to improved infrastructure and evolving farming practices. Just as the crops were ready to pick, we discovered that Mill City Grows in Lowell was in short supply of fresh, locally grown vegetables for its nutritional cooking classes. Mill City Grows […] 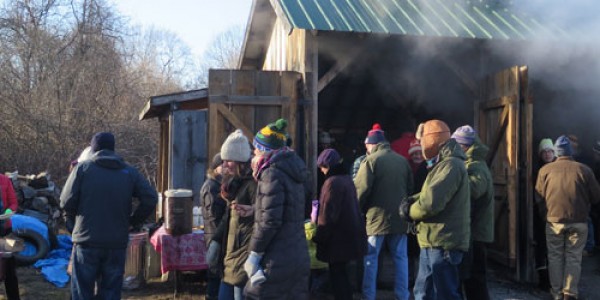 March 8, 2017
Our March 4, Maple Sugaring Open House landed on a day with frigid temperatures. It was too windy to twirl the popular maple sugar cotton candy, but the boiling sap in the sugar shack provided steamy warmth for over 50 supporters and friends. Some sampled Gaining Ground’s syrup and honey, then compared them to store-bought […] 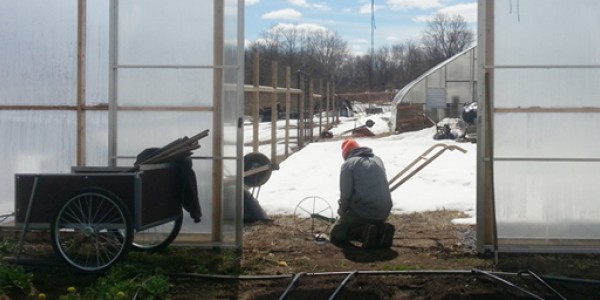 April 20, 2015
Don’t let anyone tell you that farmers have the winter off. Last year, we were installing our new irrigation system until the 21st of December. And for the first time, we were able to harvest greens in our new hoop house and distribute storage crops into December. Some of my favorite days as a farmer […] 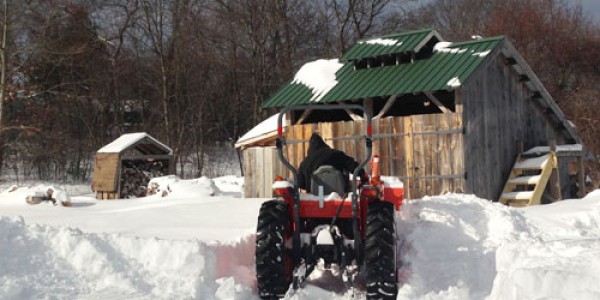 February 16, 2015
Because of this year’s extreme cold combined with 110 inches of record-breaking snow, maple sugaring was late to start and slow-going. For the first time, our open house was cancelled entirely. Spring finally broke through in mid-March with sap flowing irregularly. Kayleigh and Doug collected from 200 buckets in Concord, but the extreme conditions prevented […]